4,600 years ago, a brotherhood of wise men in Mesopotamia discovered the cosmic secret for continuous renewal.

The wise men understood how the drama of life offers the means to build an eternal soul.

This esoteric knowledge remained hidden until 1916 when the Russian mystic, G.I. Gurdjieff revealed how the Octave and the Enneagram offer the possibility for perpetual self-renewal.

Bruce encountered this knowledge in 1975 at age 24 while helping English author, Reshad (Tim) Feild establish the Institute for Conscious Life in Los Angeles. Reshad had performed with Dusty Springfield earlier in his career and Bruce saw how Reshad had a sorcerer-like gift to heal the sick, open the heart, and banish gloom. This movement of energy was called the Octave. From this, Bruce became Reshad’s Octave apprentice.

Fifty years later, this knowledge became useful when Bruce’s business went bankrupt on the same shocking afternoon that his wife Karen collapsed from a brain tumor.

“The implausible timing gave us hope, that we could navigate the rollercoaster intensity of events by trusting the hidden currents of the Octave and Enneagram,” Bruce recounted.

Karen added, “I saw how the doctor’s seven-month prognosis was not more powerful than the healing energies available to me. It was like riding a wave, so rather than getting pulled under, I got on top and rode it to the end.”

It was like riding a wave, so rather than getting pulled under, I got on top and rode it to the end.” 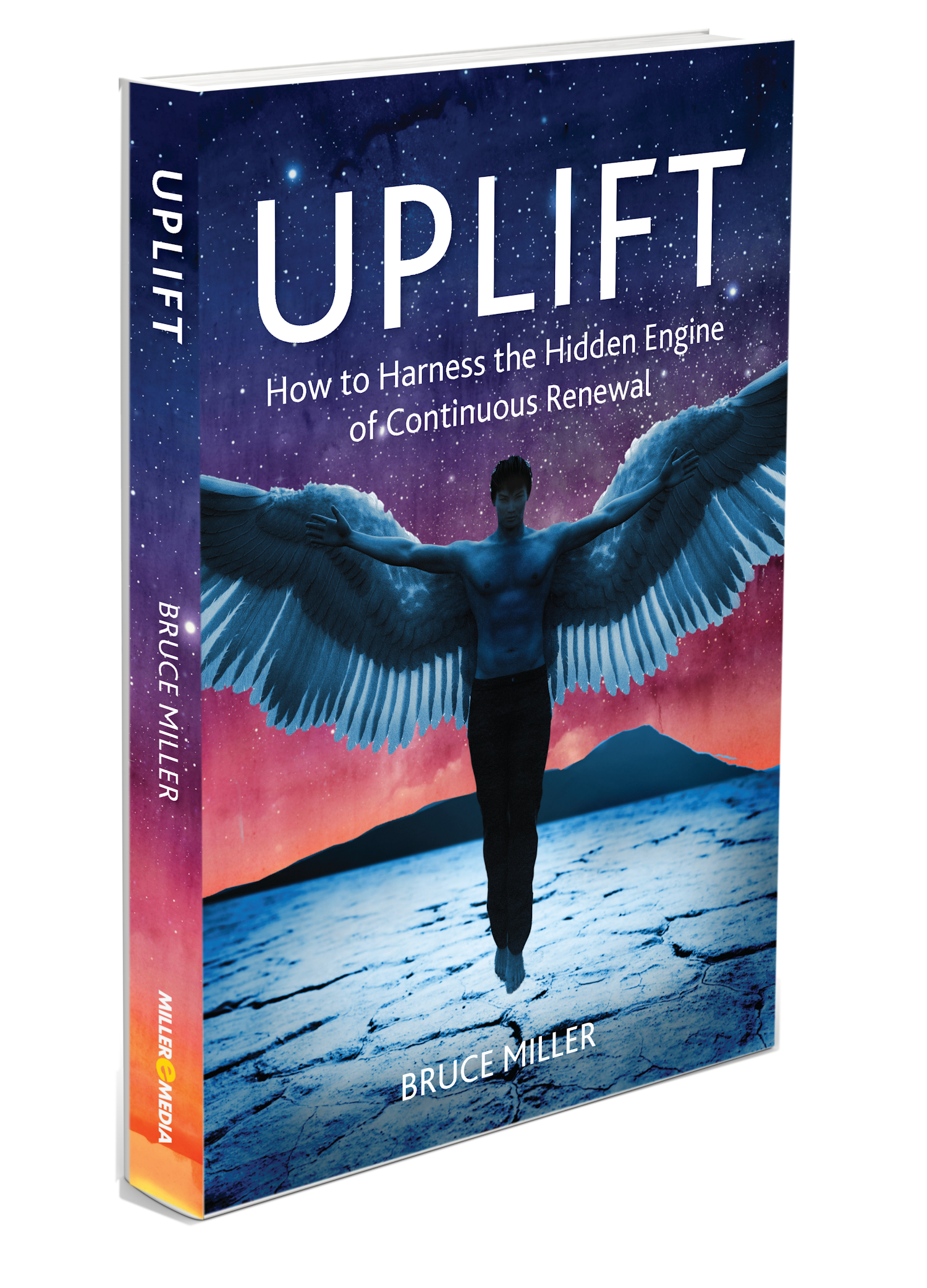 “This is a very fine read. Each page resonates with a lived-in truth and wisdom. This is going to be one of my favorite “work-books” along with Madeline Gold and Roger Lipsey…each writer with their own bean row in the same garden. Nothing wrong with that.”
James Farrelly
Author: The Memory Tapes of John I. Pearl and Dust of Butterfly Wings

“Spolier alert. I loved it. So many delightful images and stories it evokes. I have to say, I love Bhagwan. There is joy in his words. I have received so much from the bits you have shared of his teaching. Jeff Black, Aikidoka at Aikido Center Sacramento

“Thank you for having written this book. It IS something precious.

As to the inner meaning of your writings I can say, your book came to me at the right time.
Thank you for your glances behind the curtain of our daily pains and stumbling blocks, for outlining the octave and the law of three, for all those stories as well as the courage and humour they are conveying. You surely gave me a lot of new seeds I can plant and continue to water.” ~ Victoria from Germany

“What a delight! The book is! It’s easy to read, easy to understand. It seems to have arrived at a perfect time on our little planet. I was out for lunch with two of my friends today, singing its praises, and they are ordering five copies…The narrator of “Uplift” shares amiably – funny, entertaining, interesting. Having gone down so many rabbit holes listening to J.G. Bennett, he seems easier to understand now as well. Love the book!”
C. McLeod, British Columbia