In 1976, few people had heard of Jelaluddin Rumi. Yet, in a stellar leap few could have predicted, this 13th-century Islamic theologian would soon become America’s best-selling poet.

The story focuses on a group of young seekers, inspired by author Reshad Feild’s spiritual journey to Turkey, who invite Süleyman Loras Dede, a simple cook and a mostly-unrecognized sheikh of the Whirling Dervishes in Konya to their modest duplex in Los Angeles.

Süleyman Dede was eighteen years old when he entered the dervish monastery in Konya, Turkey. But shortly after, in 1926, all dervish activities, including the path of Rumi, were banned by Kemal Atatürk, in his quest to create a secular, modern Turkey.

With dervish life underground, Dede’s spiritual mastery would go mostly unnoticed in Turkey for decades it took until he set foot in Los Angeles on his culminating mission at the end of his life – to plant the seed for Rumi to blossom in America. 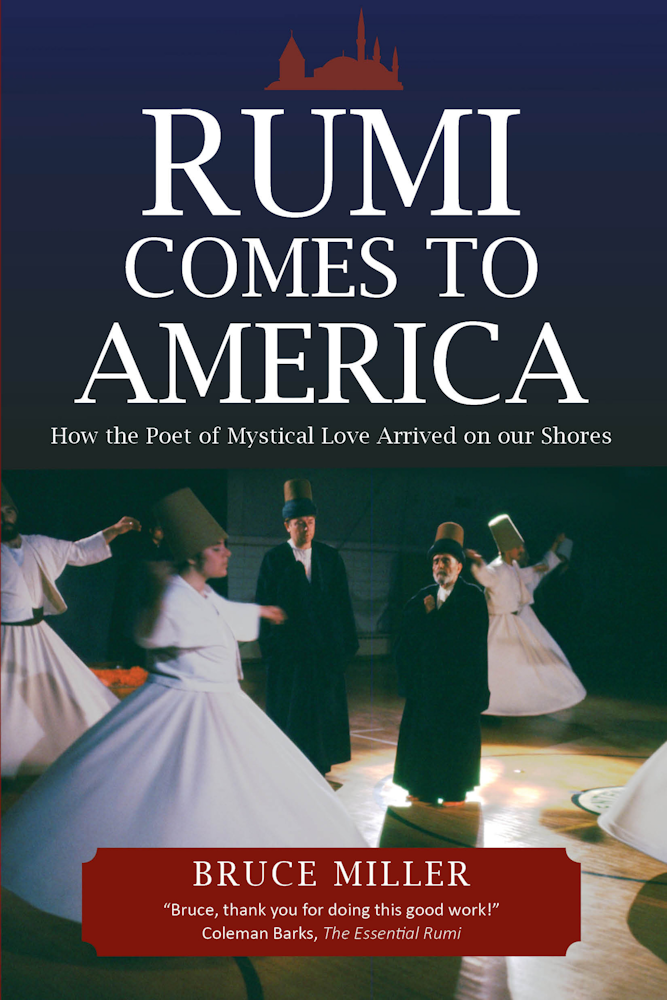 “This book tells the story of one of the most important moments in America’s recent religious and spiritual history using accounts of those involved and new translations of audio recordings from the time. Written with honesty, compassion, and understanding, it beautifully conveys the feeling of the place and period.”
Mark Sedgwick,
Department of the Study of Religion,
Aarhus University, and author of Western Sufism: From the Abbasids to the New Age (Oxford University Press)

“Bruce, thank you for doing this good work!”
Coleman Barks, The Essential Rumi

“The book is a treasure for us…  Such a joy to hear the story of that time. It is so wonderful to hear the words he said at that time and connect them with what has grown in me since.”
Kim Payton Ph.D.

The most important question in the universe is the one that nobody wants to ask: “Why does stuff happen?”

Everyone has an idea about this — that things happen by chance, or that God is involved, or that you’re the one moving the plot forward. But having an idea about these matters, what Bruce Miller calls Fortune, is not the same as asking the question.

After studying the mystery for decades, Bruce confronts the question head-on when his business and his wife both collapse within the hour on New Year’s Eve.

Without warning, his wife, Karen, suffers a metastatic brain tumor with stage 4 lung cancer, while Bruce finds himself without means at an unemployable age. Bruce and his wife struggle to reboot their lives as they navigate the world of doctors, gurus, healers, and wheeler dealers.

A deep metaphysical inquiry, mixed with an intimate love story and a mind-expanding backstory, Fortune explores the mysteries of relationships, healing, and personal triumph — all with a healthy dose of Bruce’s mystical wit and native Chicago humor. 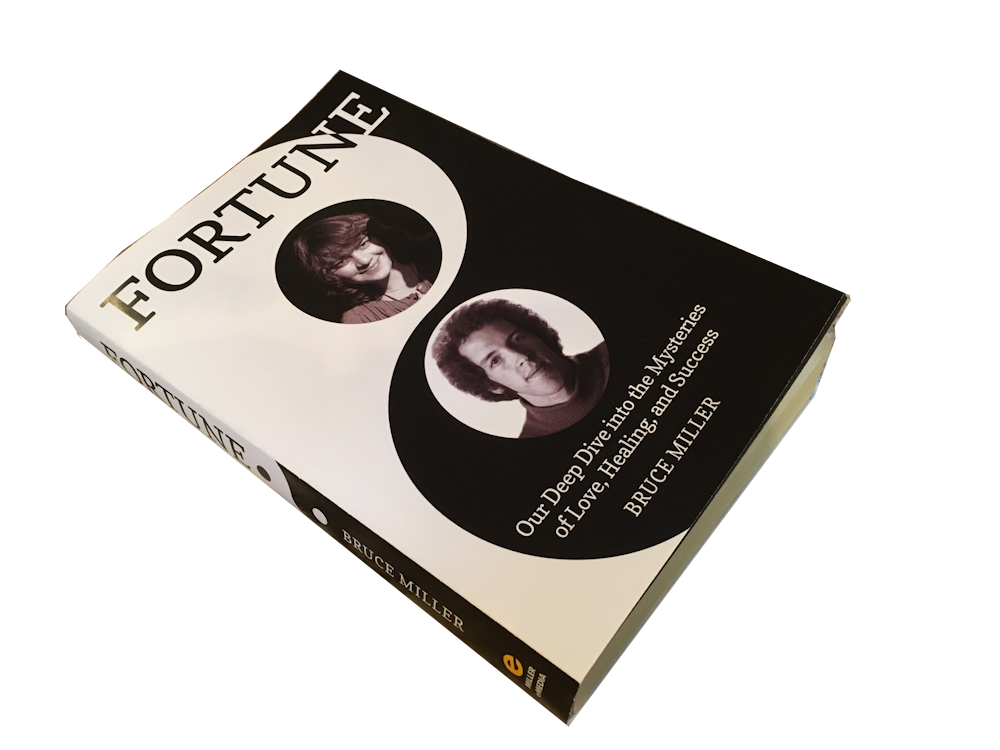 “This is a riveting tale of risk, spiritual teachers and con-men, self-discovery, love, and healing, written with humor. I shared the paradox of studies with Reshad Feild, and applaud the honesty of this account, both the inspired teaching and the seamy underside. What a voyage, from razzle-dazzle California through stage 4 cancer, “following the bread crumbs” of Hazard and riding the Octave. Bruce shares his path to trusting and accepting what happens, while staying alert and without effort. Hurray for Karen, her buoyancy, and her heroic response to cancer. Bravo, Bruce, for being yourself and sharing it with us. He describes himself as “a consciousness guinea pig.” What is shared is real spiritual experience that includes the stumbles, doubts, and crises, with self-deprecating humor, and it is priceless.” – Subhana Ansari

“Fortune: Our Deep Dive…” is a must read for anyone on a journey of spiritual exploration. Weaving together traditions through the lens of life challenges and changes, Bruce takes us along on his quest for understanding the mechanics of chance, success, and enlightenment, bringing us to the point of understanding and acceptance; the place of doing and non-doing; of being in flow with the winds of FORTUNE.” – Corinne Chaves

“The author’s journey quickly becomes our own through this real-time deep dive into the mystery of Life’s unfolding. It’s tough to write much without feeling that you’re spoiling the ride for another reader, but the book welcomes us to join the author’s passionate search for wisdom, with all the vulnerability, curiosity, courage, and reflection that such a search requires. We meet famous and not so famous teachers, some of whom look a lot like house painters. By entering the author’s journey, we cannot help but reflect on and expand our own.” –  L Wilder